This cycle of paintings began in 2016. The idea for it originated from my own experience of having lived in large cities most of my life. However, the subjects of these paintings part of this series do not represent an archeological attraction or a tourist guide.

The cycle, which is not complete yet, consists of a line of images of cities most of which carry a symbolic meaning. The stories of these cities transcend the threshold of their physical essence. Within their collective history, all these cities contain the separate life experiences of various people who have migrated there in order to create them, led by the dream of having better lives. All of them have brought into the new environment their spirit and, culture, interests and desires, etc…They filled the city with their stories which fused into a single point creating the shared image and drafting the specific character of that and every city that ever existed. Each person interweaved their fate with that of the city’s environment and thus contributed to its growth, change, improvement and its natural subsequent decline. The city is a place which facilitates the interaction, exchange, convergence or clash between various elements: thoughts, ideas, commodities, skills, persons, interests, fortunes, desires, sensibilities, ideologies, and even stupidities.

As David Kishik’s Benjamin Franklin points out in the book “The Manhattan Project – A Theory of a City”: “Buildings are veil drawn over life’s face”. I propose to you to try to lift that veil and go on to capture the spirit of the cities I have chosen to portray. Most are located in Europe, the Middle East, Africa and the Far East, whilst some are imaginary.

I believe we should not accept a city as it is, but rather as it should be in our dreams. However, what I am proposing is not the Utopian golden city of Tommaso Campanella. Rather, I am proposing to the audience to pursue the human aspiration towards BEAUTY in urban life and PEACE in relationships. It is very important because we in troubled times.

Some of the works part of this cycle once more confirm of my practice of utilizing crystal elements on wooden panels. Thus, I make use of the capacity of the crystals to reflect light in a very specific almost magic-like way which adds to the fairy-tale like quality to the paintings. 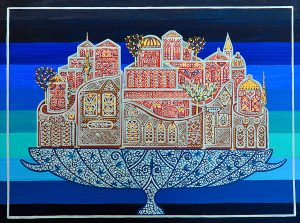 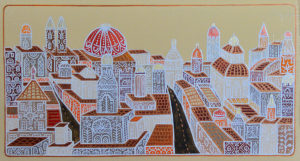 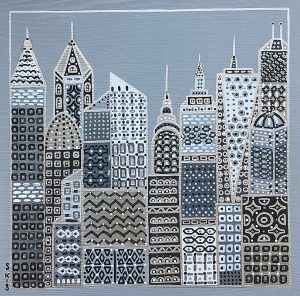 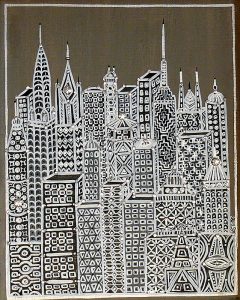 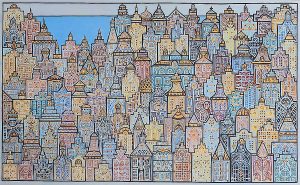 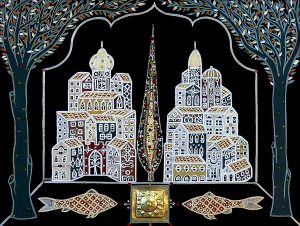 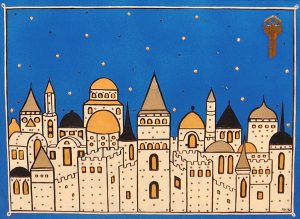 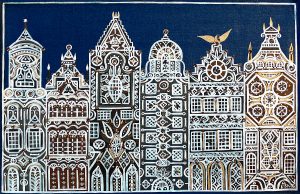 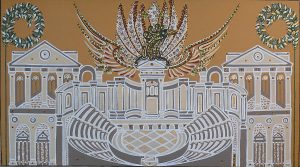 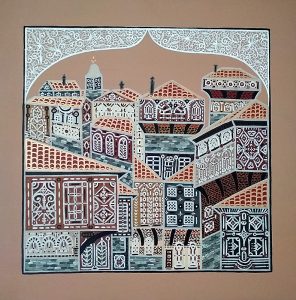 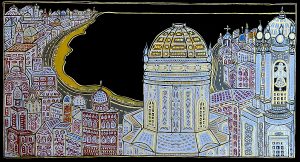 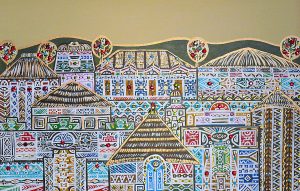 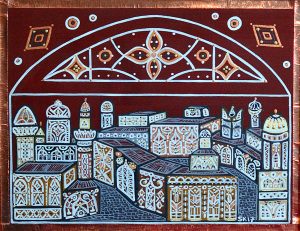 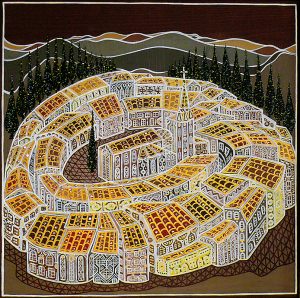 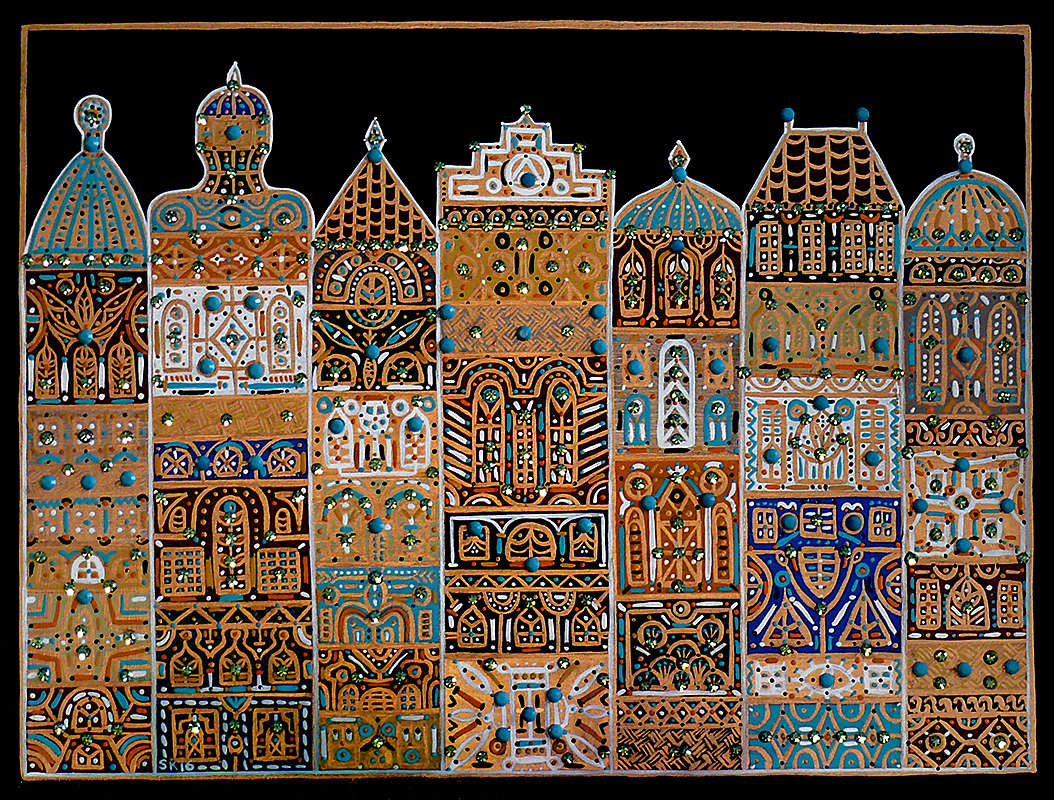 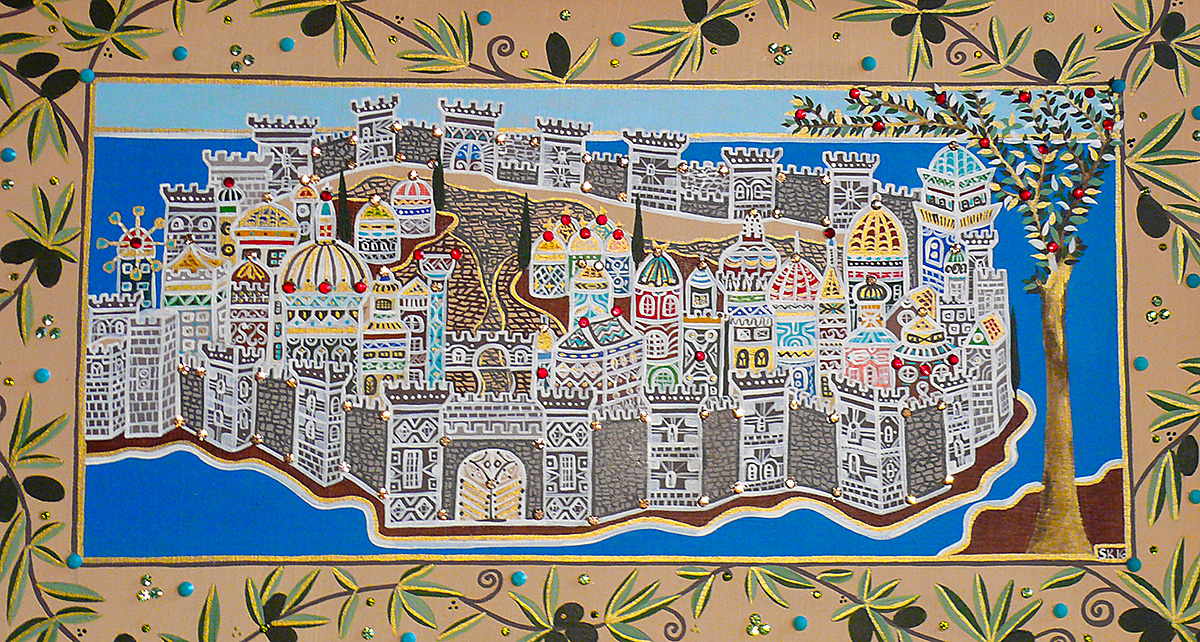 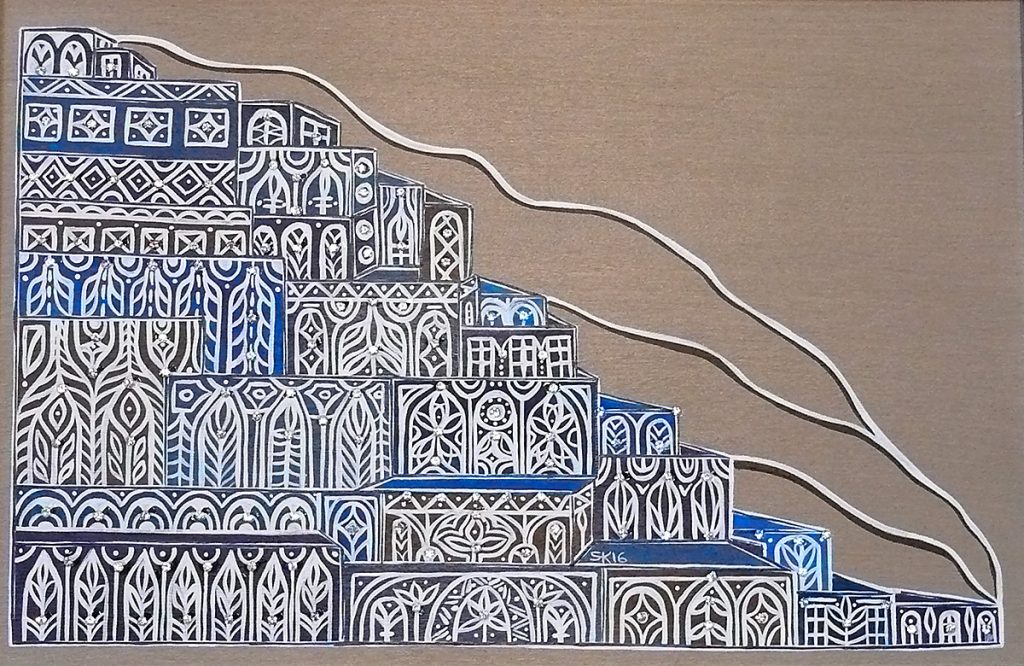 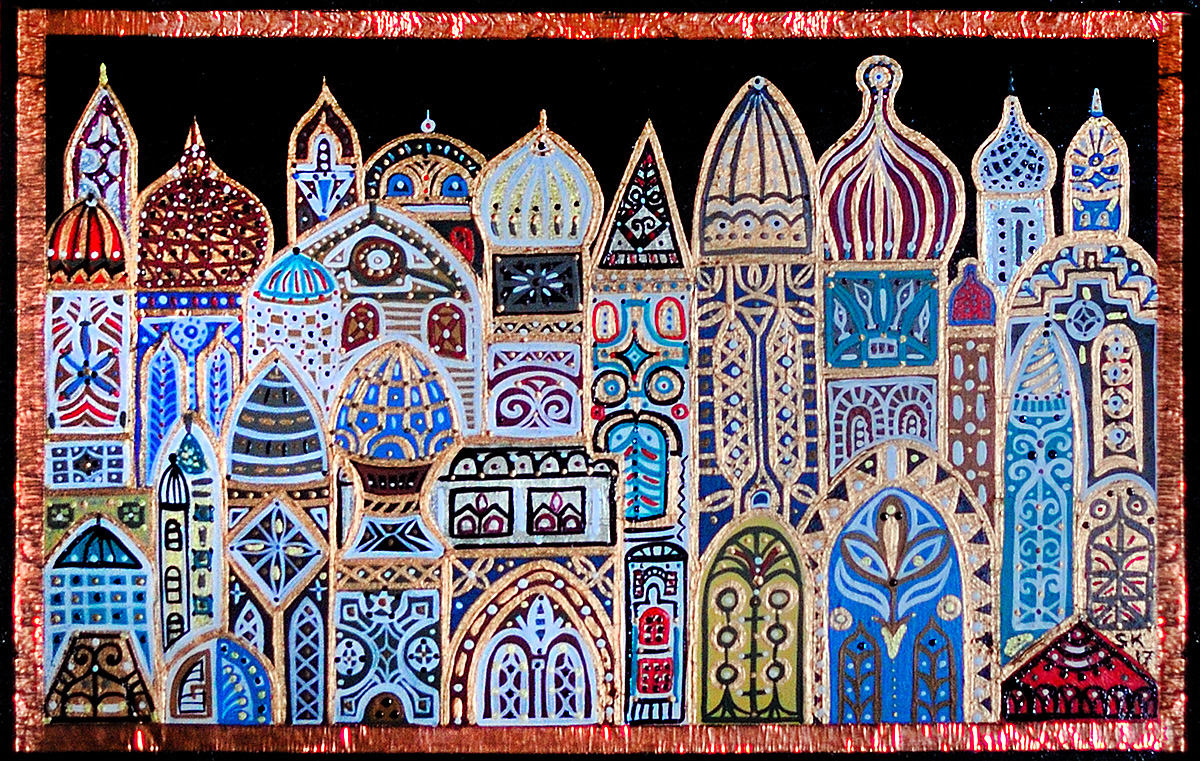 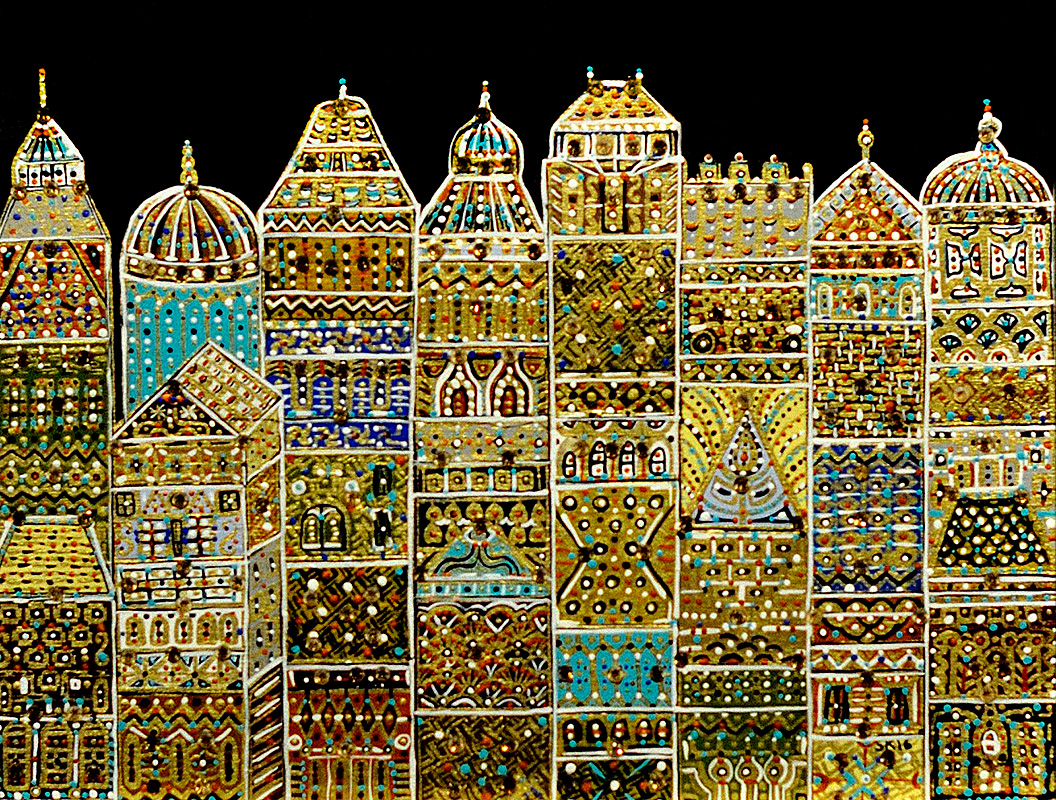 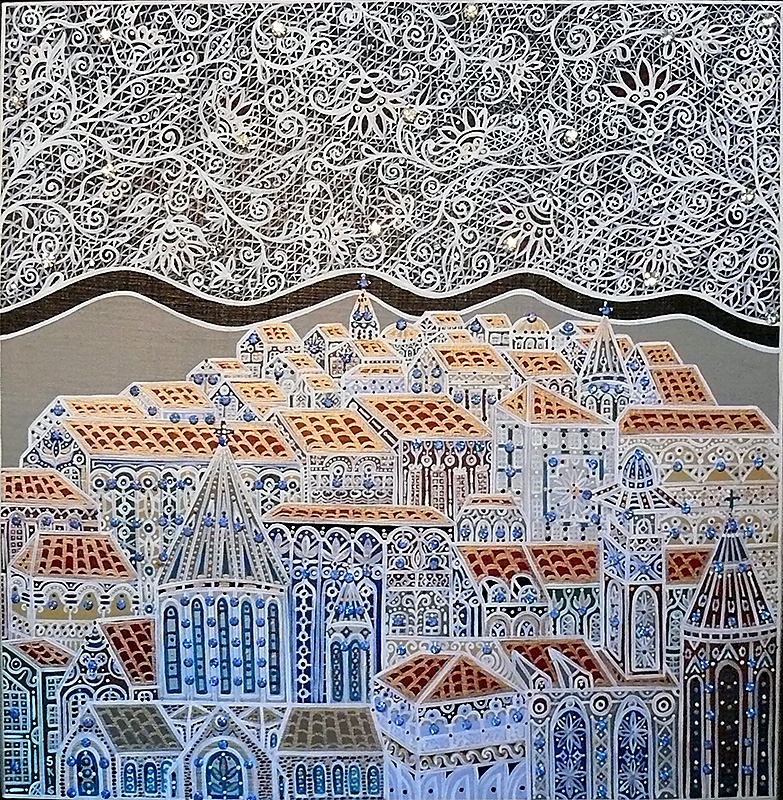 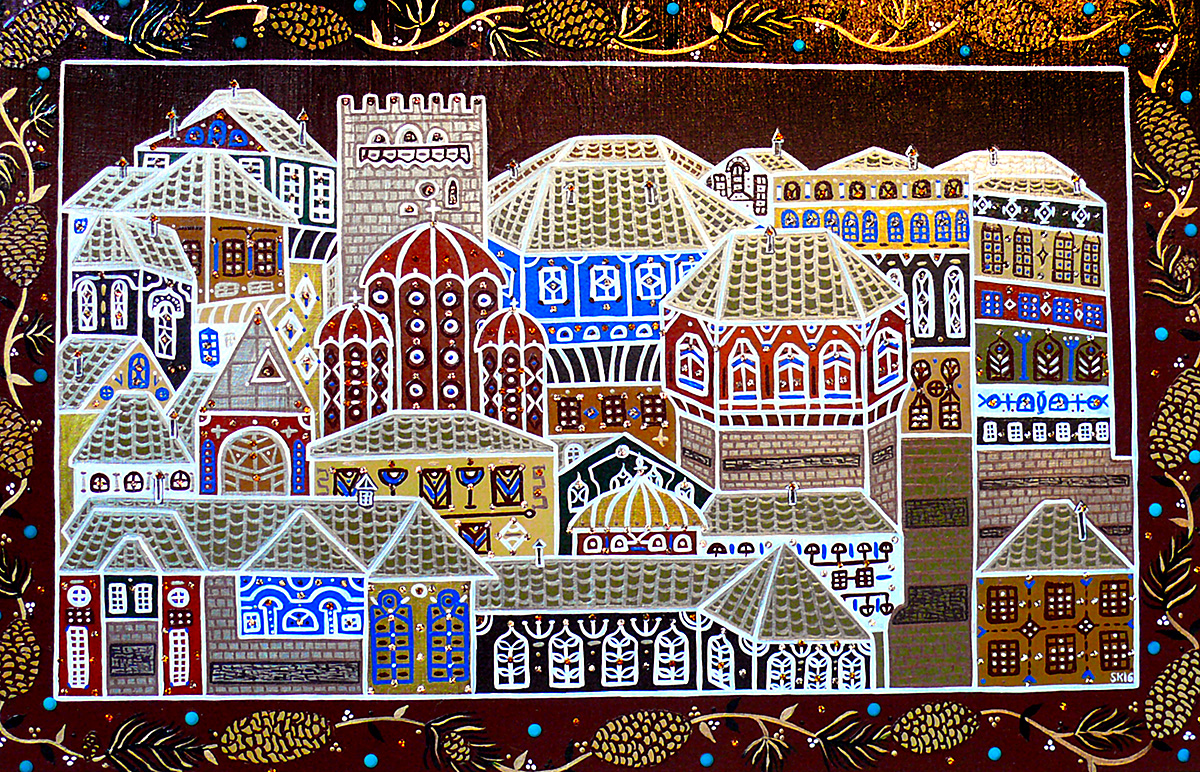 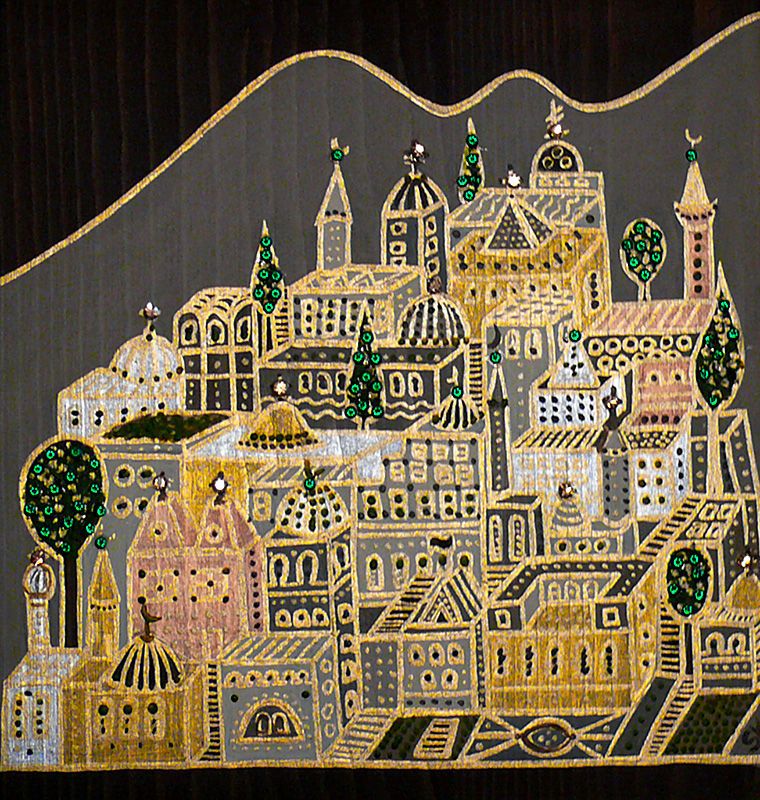 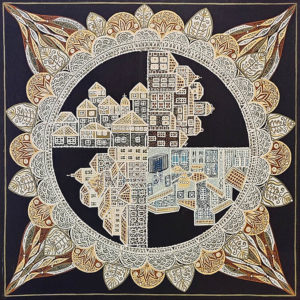