WHISPERS OF THE LEAVES

These paintings are part of the “Small Paintings” cycle and bear the name “Whispers of the Leaves”. They are characterized by their size which is, with a few exceptions, always 10×10 cm. They are a continuation of the “Trees and Flowers in Time” series.

Trees, flowers and plants have always been an inseparable part of our life. Beyond their decorative properties they usually have a symbolic meaning or association that is related to the subject of the painting.

Botanical symbolism has its origin in the literature of antiquity, where plants were often used as metaphors expressing virtue and vice.

In classical mythology, human beings were transformed into plants and trees as a reward or punishment. For example, in “Narcissus”, the story of the vain youth who fell in love with his own reflection, he was changed into a flower that bears his name. Some plants are also mentioned as attributes of certain gods and goddesses: grapes for Bacchus, god of wine; corn or wheat – for Ceres, a Roman goddess of harvesting; grain crops for Demetra, a Hellenic goddess of agriculture, fertility and conception, deemed also as guardian of marriage and the holly union; and many others.

Religious writings also provided a wealth of tree, plant and fruit symbolism. The Bible and the Apocrypha writings contain many references to this.

A third major source for tree and plant symbolism were the medieval herbal recipe accounts. They described the natural properties of plants, the method for their cultivation, their use in cooking and medicine.

“Throughout human history the tree structure has been used to explain almost every facet of life: from consanguinity ties to cardinal virtues, systems of law to domains of science, biological associations to database systems. It has been such a successful model for graphically displaying relationships because it pragmatically expresses the materialization of multiplicity (represented by its succession of boughs, branches, twigs and leaves) out of unity (its central foundational trunk, which is in turn connected to common root, source, or origin). This model continues to bear great significance in genetics, linguistics, archeology, epistemology, philosophy, genealogy, computer science, and library and information science, among many other fields”,

writes Manuel Lima in his “Book of Trees. Visualizing Branches of Knowledge”.

I would like to note that I am strictly focusing on the artistic presentation of trees and flowers related to their symbolic significance and visually pleasing my audience. I am not a botanist as my images are not intended to be used in science. Rather, the more mundane idea of this collection of small paintings is to make a large mosaic of still lives of flowers and trees which we use in our lives for beautifying the spaces we live in, to learn about their historical and philosophical significance, to commemorate important events in the lives of our dear ones, to use them as a tribute to the sustenance and healing properties they have, as well as to embody them in the form of small amulets which adorn our homes with a symbolic protective function.

Each of these still lives can be viewed upon as a separate image with its own symbolic meaning; however, they can be viewed also as a compact mosaic or serigraphy, in some cases. Hence their collective name “Whispers of the Leaves” – they are like small echoes from the leaves of different botanical inhabitants of the forests and fields which come to us in little waves from places in nature that most of us do not have the chance to visit often. It is up to each one of us to hear or see their distinctive messages and to decide how to interpret and feel them for our individual selves. 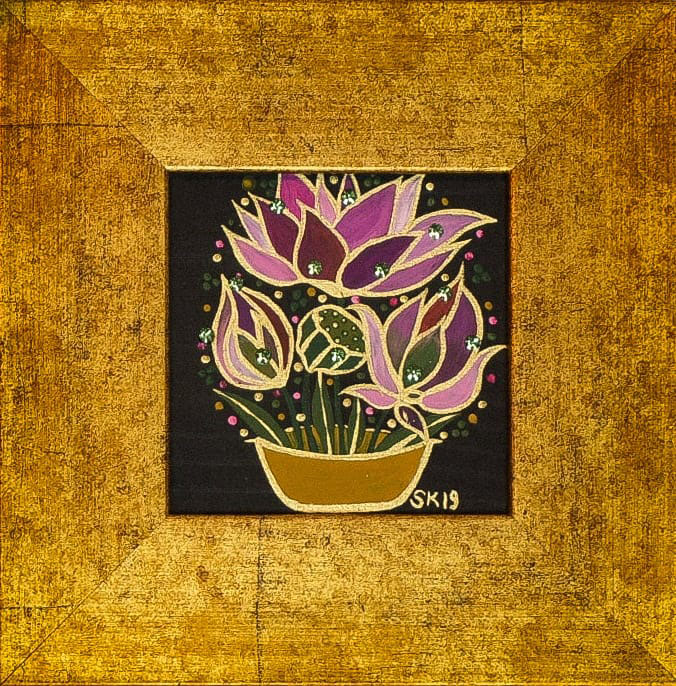 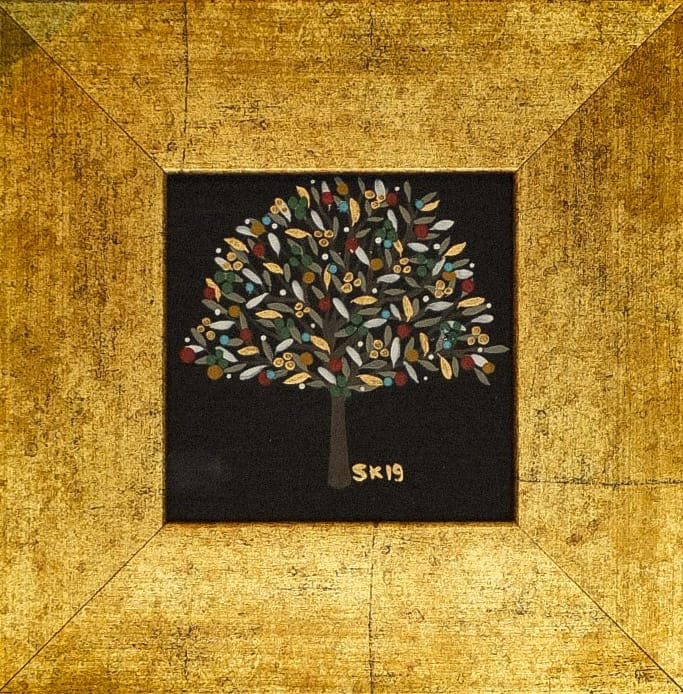 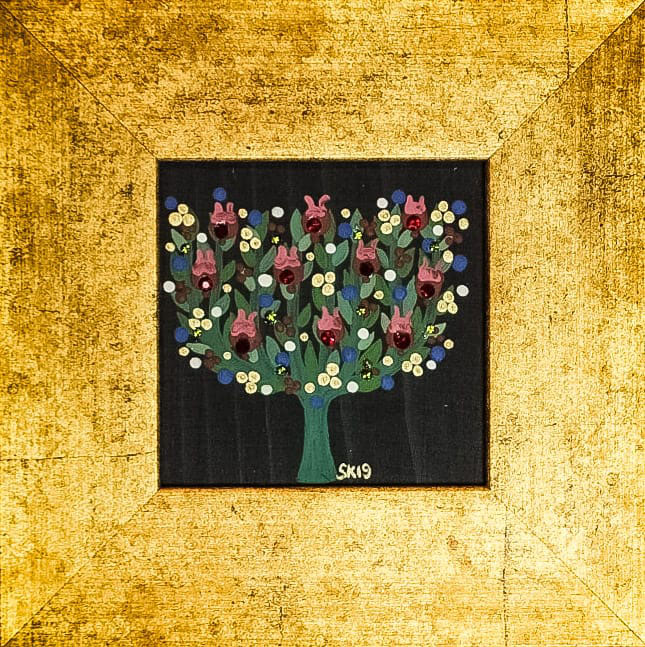 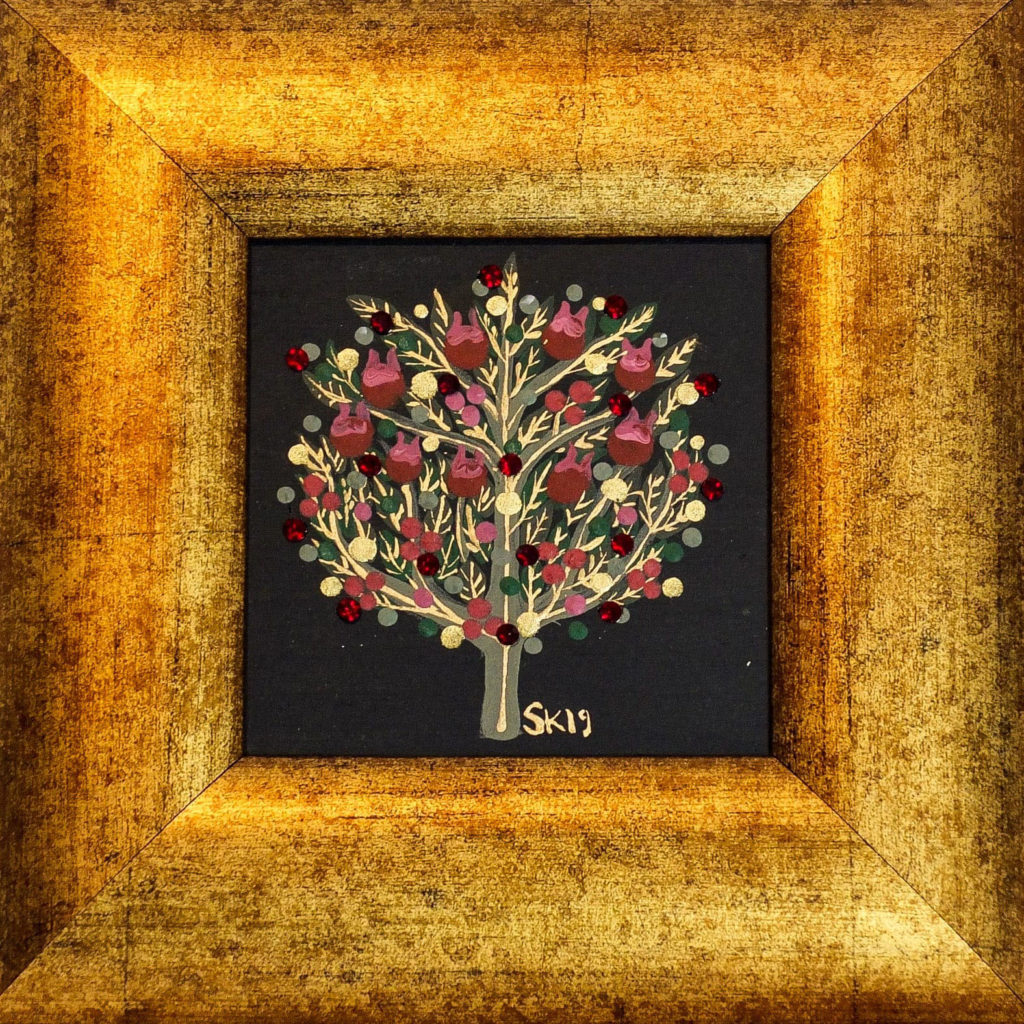 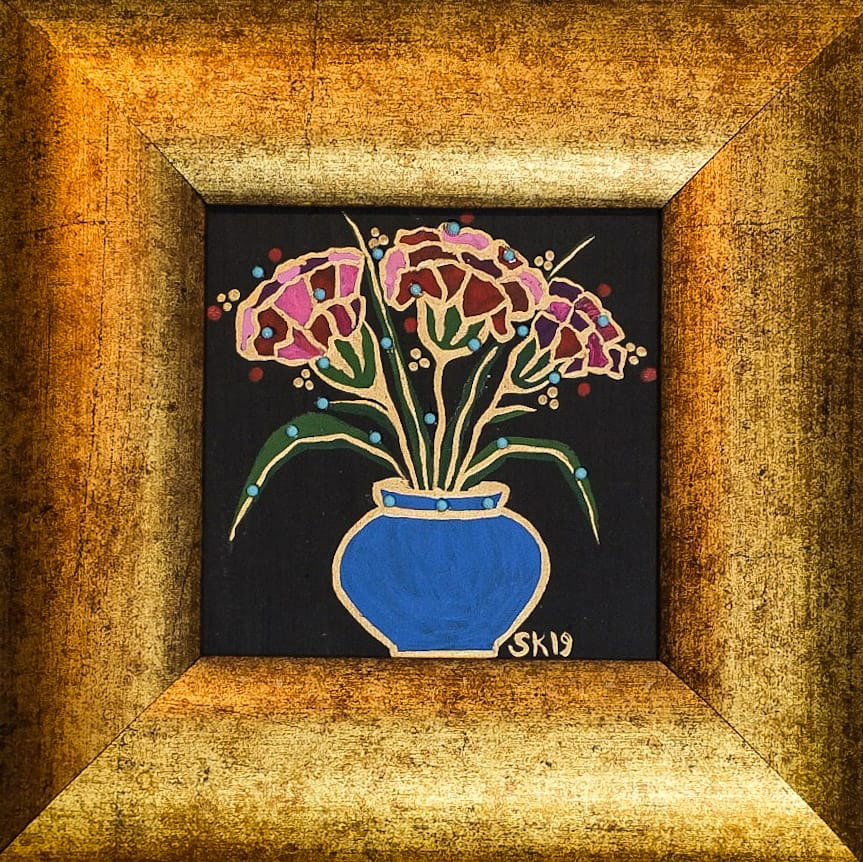 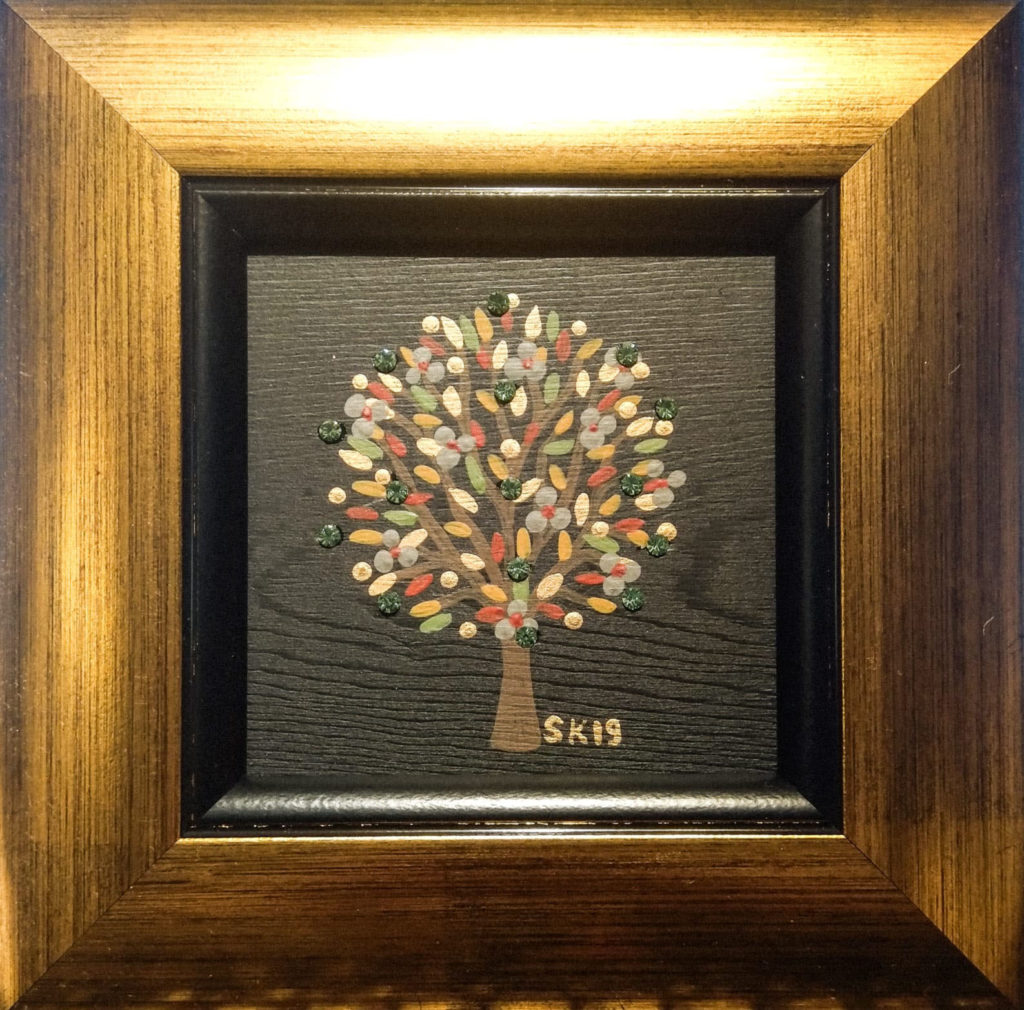 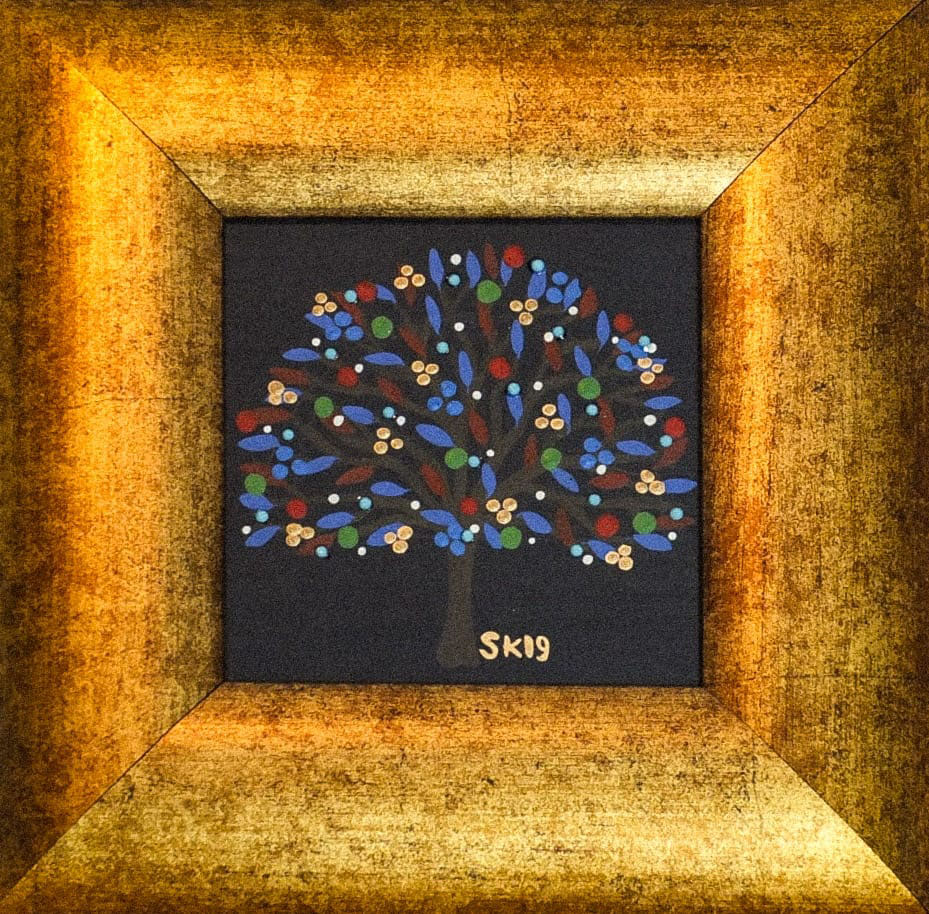 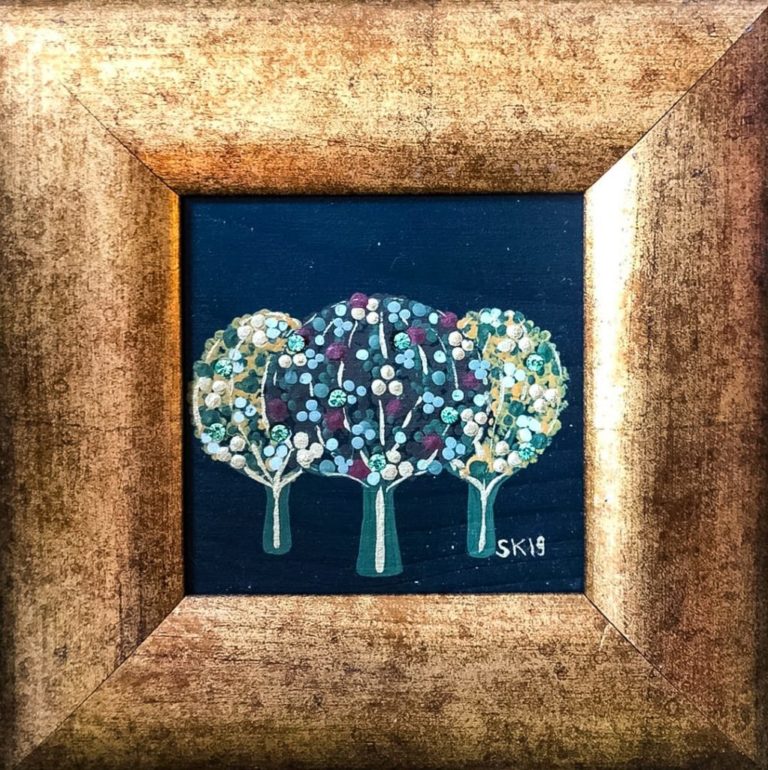 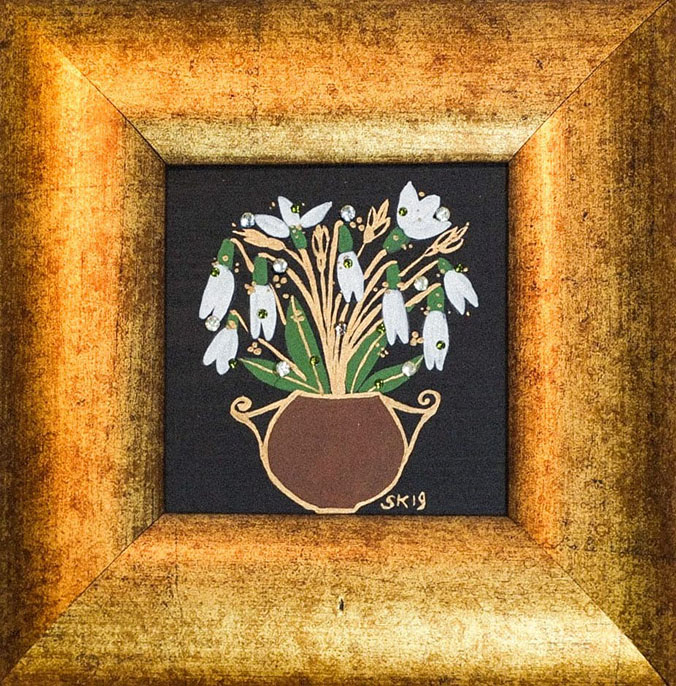 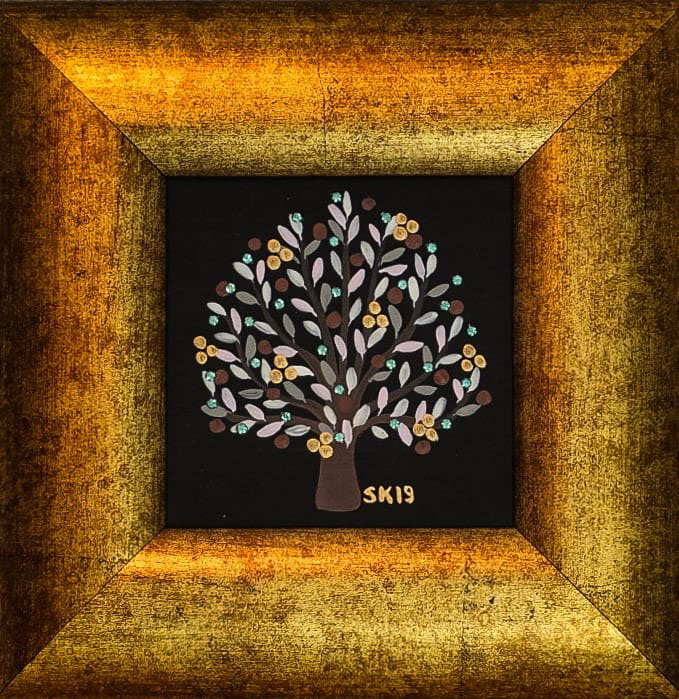 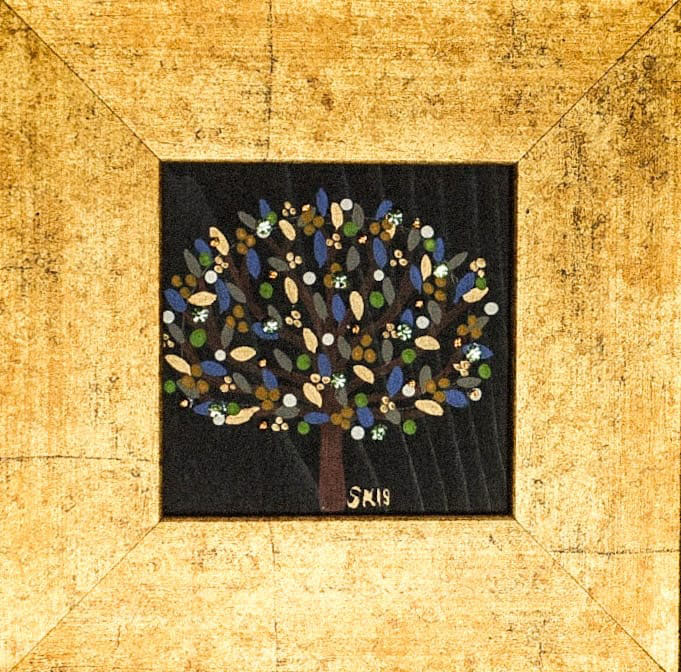 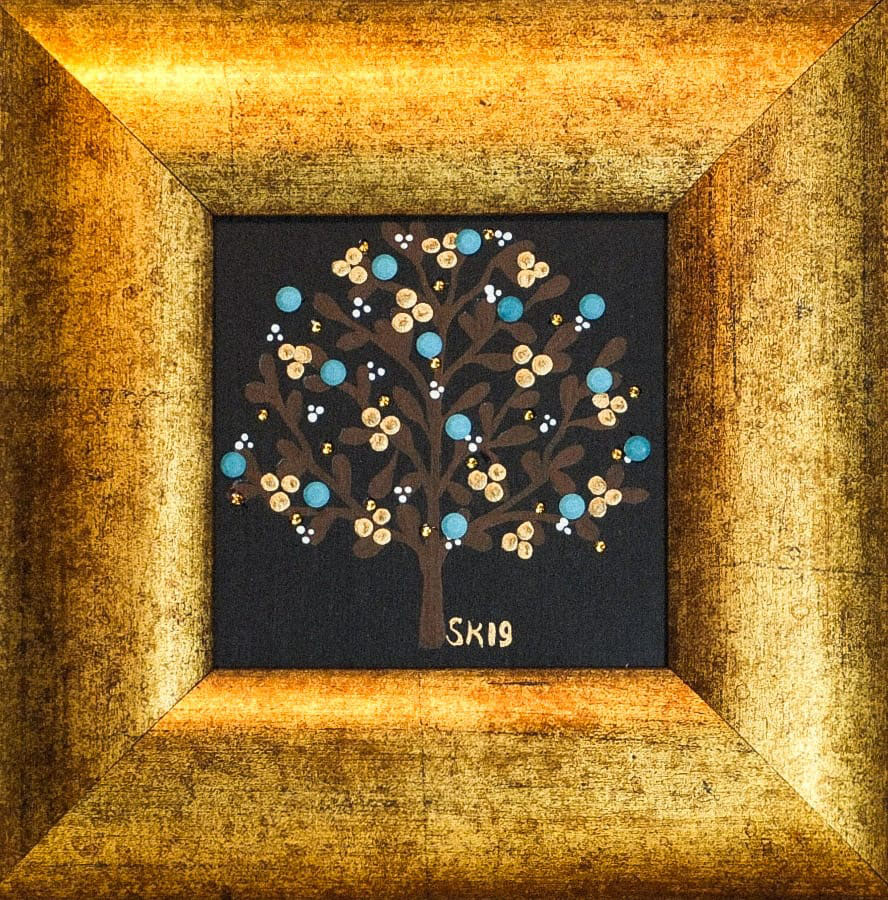 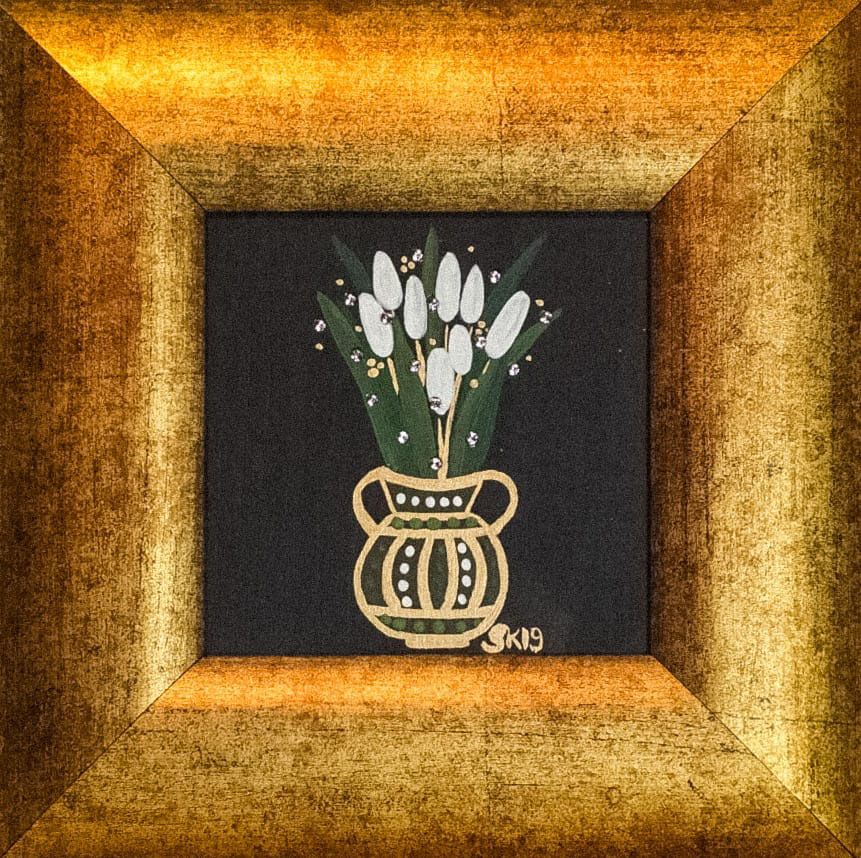 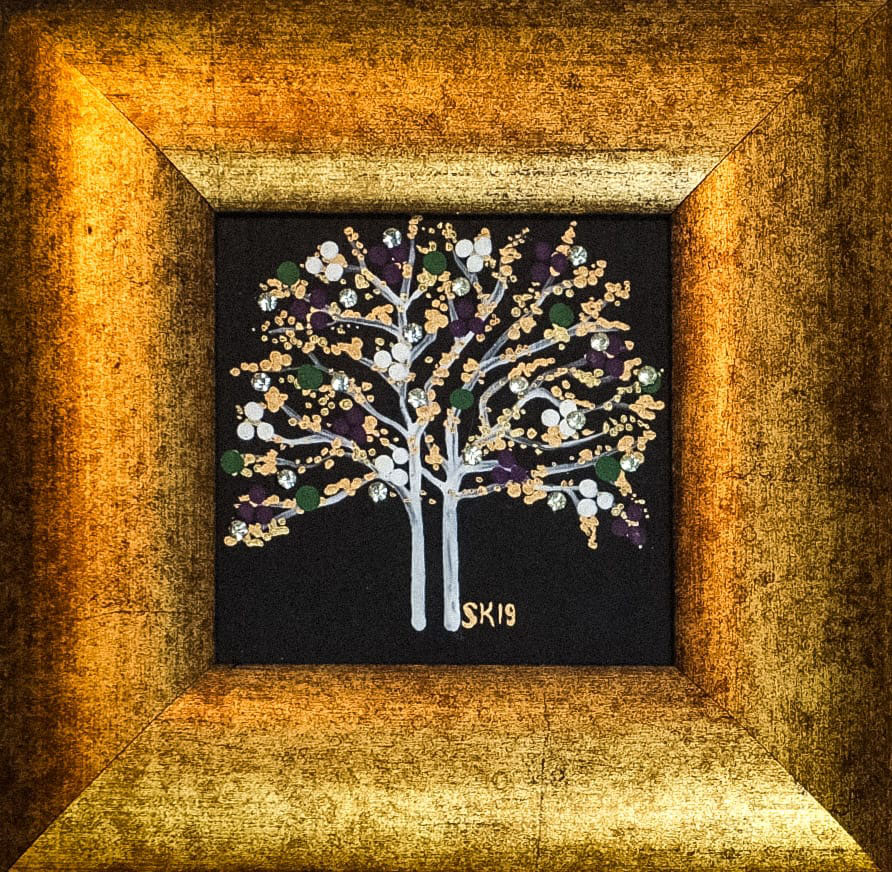 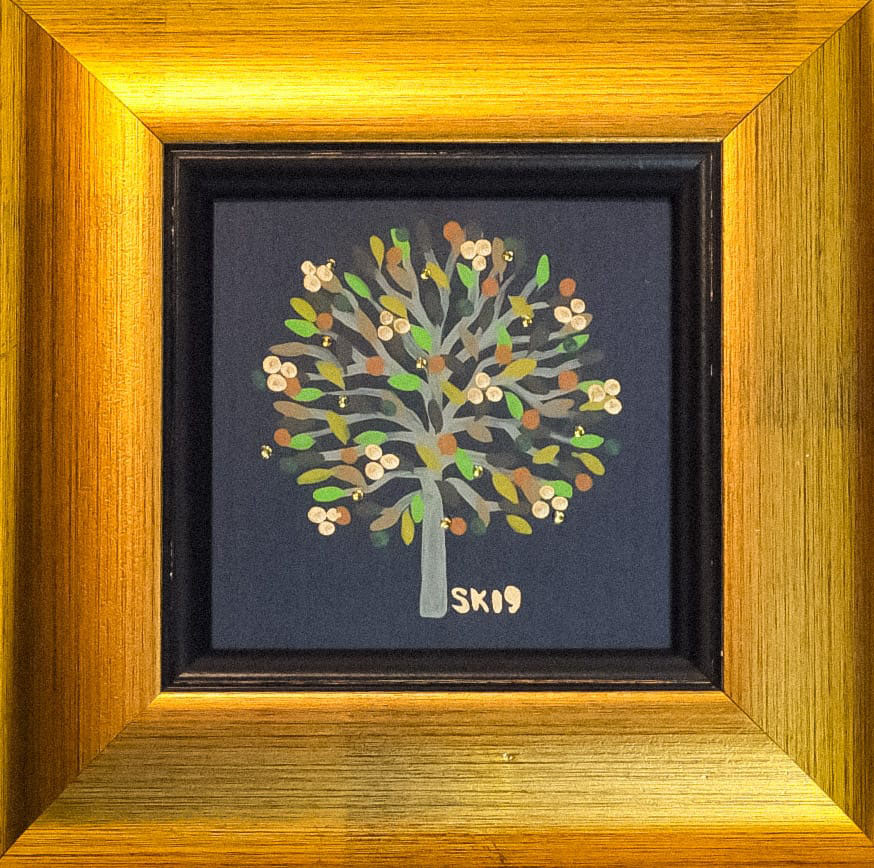 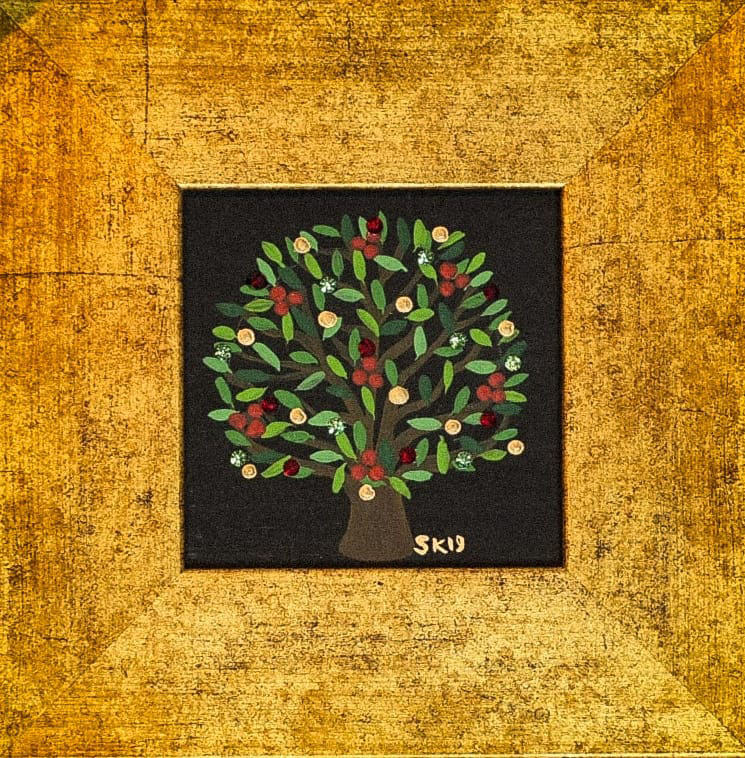 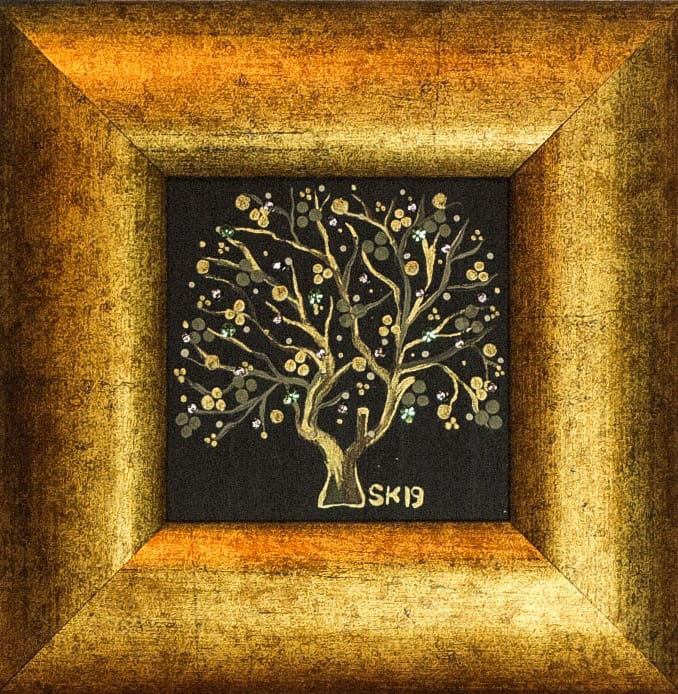 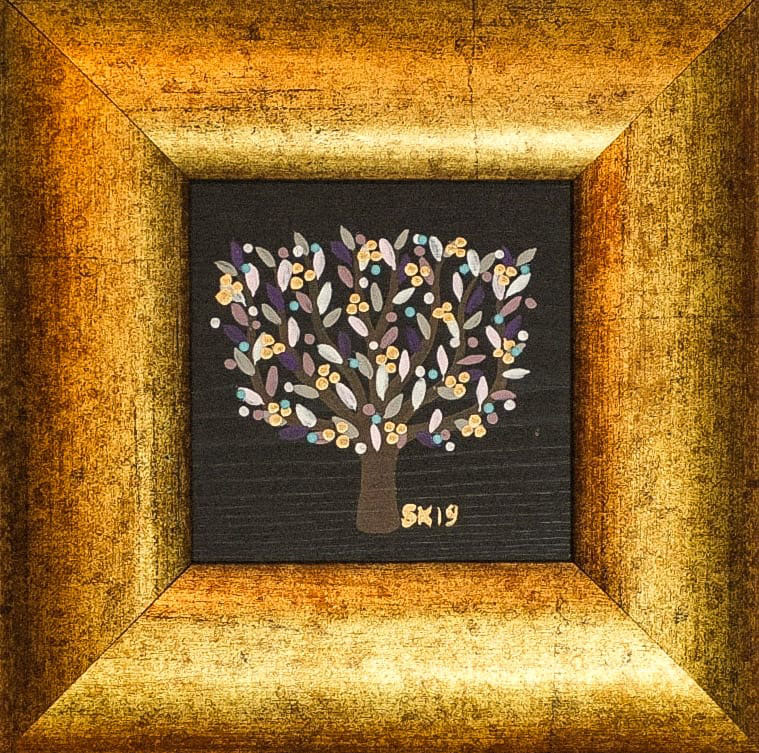 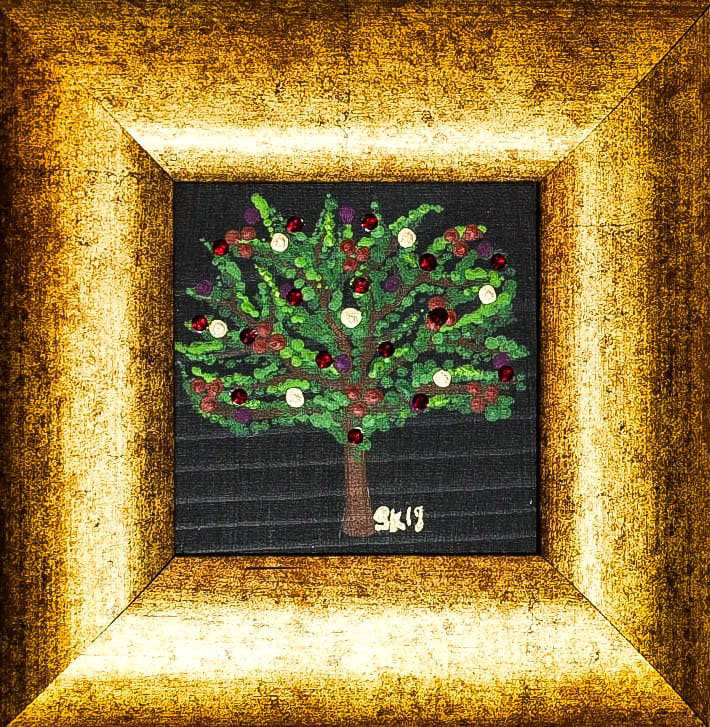 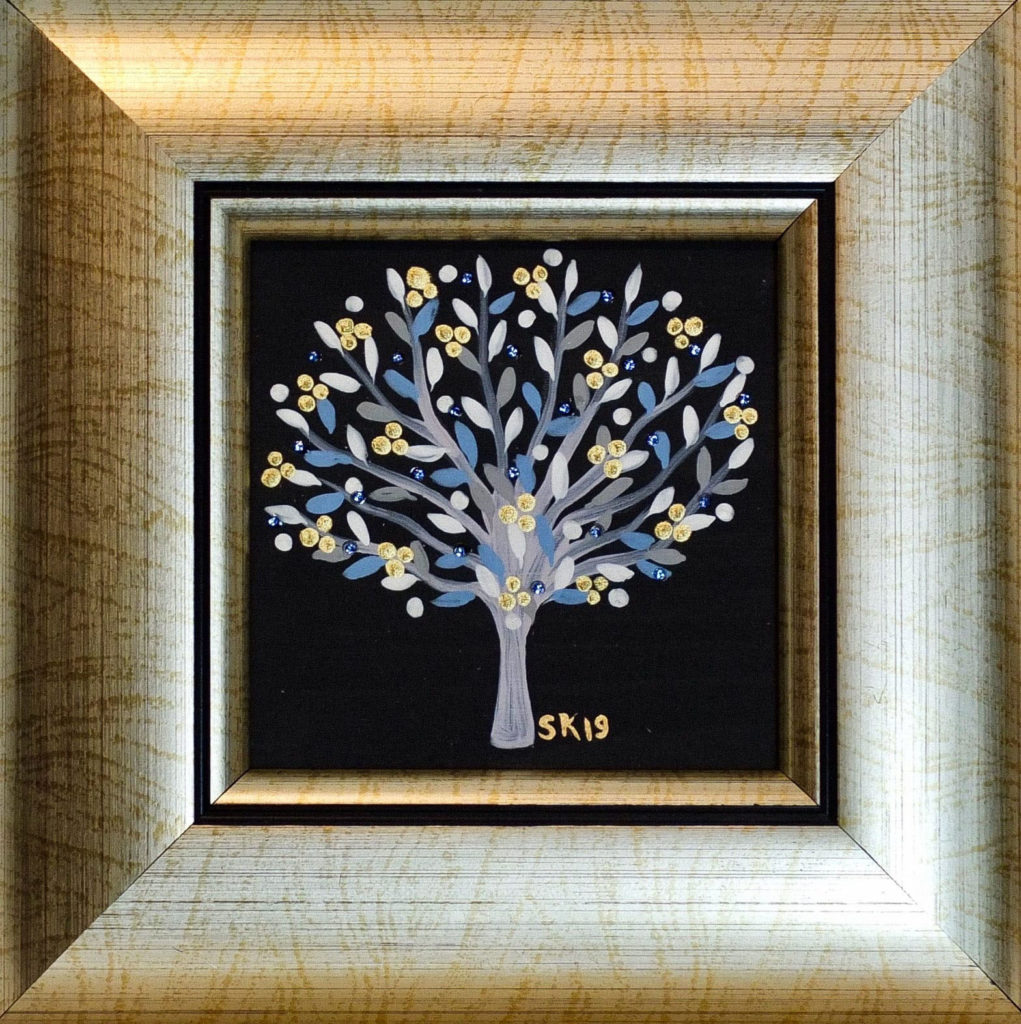 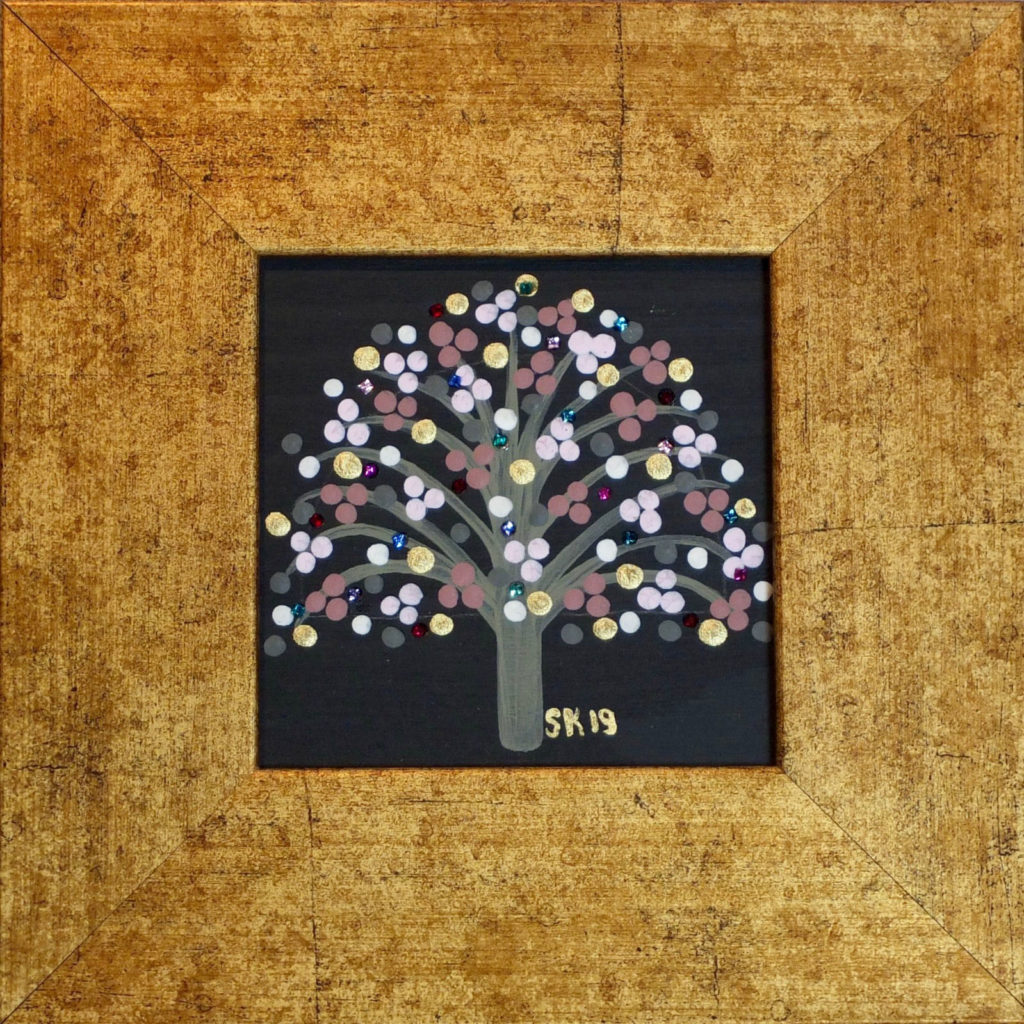 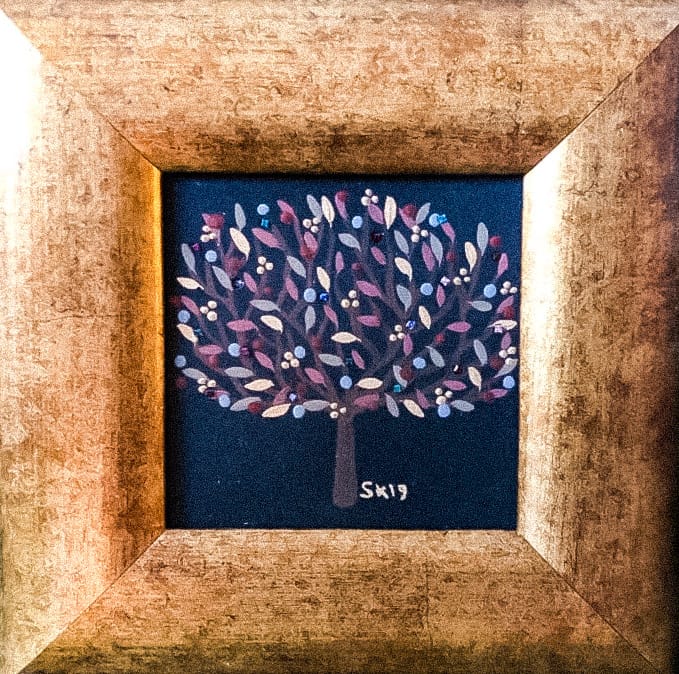